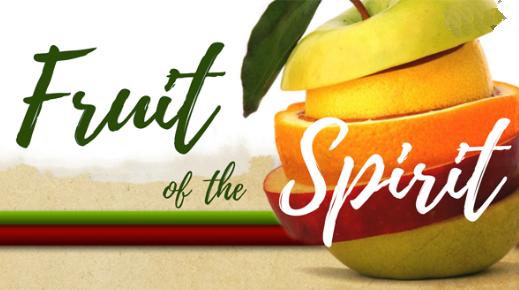 Timothy Lin work of the Fruit of the Spirit is a short 1 chapter work about the Holy Spirit and the fruit of his indwelling in the believer.

1 THE FRUIT OF THE SPIRIT

The Scriptures tell us that there are fruit of the Spirit (Gal. 5:22-23) that are Christian qualities and virtues that are the direct opposite of the vices of the flesh and that there are gifts of the Spirit (1 Cor 12-14) “which empower believers to perform a particular ministry for the edification of others” (EDT, p. 1042). Fruit and gifts are not the same because they operate in the spiritual life of the believer for different purposes.

The gifts of the Holy Spirit are distributed “to each one individually as He wills,” and “to each one is given the manifestation of the Spirit for the common good” (1 Cor. 12:7, 11). They edify the believer’s spiritual life and train him for the work of the ministry. The gifts of the Spirit are given by Spirit-filling to enable us to bring spiritual light and life to others, as the Scriptures say, “He gave some… for the equipping of the saints” (Eph. 4:11-12), that is, to build up Christ’s body—the church. The word “equip” (katartismos) is derived from a root which signifies in its verbal form “to mend or prepare” nets for the task of fishing by cleaning, mending, and folding them together (Matt. 4:21), or for disciples to be “fully trained” to be like their teacher (Luke 6:40).

Also, it can mean “to restore” to a right position as those Christians in Galatia who had lapsed into sin (Gal. 6:1), or “to complete” what is lacking in the spiritual growth of the Thessalonian Christians (1 Thess. 3:10). Thus it follows that God’s chief purpose for the manifestation of different spiritual gifts in the church is not primarily for the benefit or growth of the recipient, but it is for the edification and training of the church as a whole.

On this point Leon Morris notes, “Spiritual gifts are always given to be used, and the use is for the edification of the whole body of believers” (TNTC, 1 Corinthians, p. 170). So, gifts are primarily for “the building up of the body of Christ” through Spirit-filling (Eph. 4:12). Lin Fruit of the Spirit

More Works on the Gifts of the Holy Spirit

More Works on the Fruits of the Holy Spirit

Born in Chekiang, China on 18 January 1911, Lin was the eldest of nine children of a minister. Though he grew up in a Christian home, he is said to have been born again at the age of 19. He attended Central Theological Seminary of Nanking, but left in 1934 due to the modernist theology of the time. He then pastored Jubilee Church in Shanghai until 1937, followed by serving as principal of the Christian and Missionary Alliance Bible Institute of Kwangsi from 1937 to 1938. During the Sino-Japanese War (1937–1945), Lin managed Bethel Orphanage and was the principal of Bethel High School, then served as dean of Shanghai Bible College. In 1940, he went to Concordia Theological Seminary and Washington University in St. Louis for further studies in Greek and Hebrew. He subsequently served as president of the CIM-affiliated East China Theological College of Hangchow. In 1948, he returned to the United States for further study, receiving a BD and a STM from Faith Theological Seminary and a Ph.D. in Hebrew and Cognate Language from Dropsie University in 1954.[2][3]

Lin was taught Theology and Biblical Studies at the graduate school of Bob Jones University and at Trinity Evangelical Divinity School. In 1961, he taught as interim pastor of First Chinese Baptist Church of Los Angeles, becoming its permanent pastor from 1962 until 1994, while also teaching at Talbot School of Theology. He was one of the translators of the Old Testament of the New American Standard Bible.[3]

In 1980 Lin succeeded James Hudson Taylor III as the president of China Evangelical Seminary in Taiwan. He became the seminary's president and professor of Old Testament and Pastoral Ministry, until his retirement in 1990.[4][1] Upon his retirement, the Timothy Lin Chair of Biblical Interpretation and Church Growth was created at China Evangelical Seminary.[citation needed]

Timothy Lin work of the Fruit of the Spirit is a short 1 chapter work about the Holy Spirit and the fruit of his indwelling in the believer. Although this is a shorter work, it is very modern.