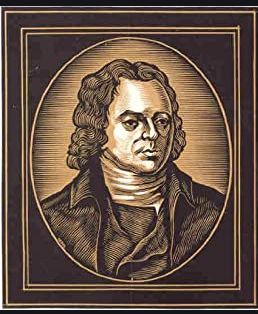 “Do the work of an evangelist, make full proof of thy ministry, 2 Timothy 4:5.
PART 1. In my former discourses on St. Paul’s charge to Timothy, we considered the necessity of true zeal in all the public duties of the ministry, and in our intercourse with the people of the world, and the necessity of watchfulness and enduring afflictions. We come now to enlarge on the two remaining particulars of the charge, “Do the work of an evangelist, “make full proof of thy ministry.” 2. The apostle’s solemn and pointed manner of writing to Timothy, not only for his own sake, but for the benefit of the church in all ages, will appear the more necessary and indispensable, if we recollect that the corruption of the ministry has been alway the grand source of the corruption of a people, of the general depravation of their manners, and of the extinction of all the faith. 3. Those who are acquainted with the religious history of Christendom, well know, that in proportion as the ministers of a church are holy, holiness will reign among the people. The purity of Christianity, wherever it has flourished, never has begun to decay but with the fall of the ministry; and disorder has generally begun at the house of God. Thus it is in a considerable measure we who decide, if I may so speak, on the salvation or damnation of the people: upon us, in some sense, depend the increase or diminution of the reign of Jesus Christ upon earth, the consummation or destruction of his work, the utility or inutility of his blood and mission, the glory or reproach of his religion, and all the designs of God concerning the salvation of man. 4. From the moment we enter on the ministry of the gospel, we become either holy pillars to support the feeble, or stones of offense against which the strong themselves may break in pieces: we become either brazen serpents raised on high, to heal through grace the plagues of the multitude, or golden calves placed in the camp of the Lord, to be an occasion to them of apostasy, wickedness, and idolatry. We are so situated, that we can neither stand nor fall alone: the destiny of those souls over whom we are set is in a considerable degree awfully attached to ours! 5. Now, what a frightful situation is this for an unfaithful pastor! He may continually say to himself, “I am employed in the church to destroy and not to build up: I am become the tempter and murderer of those souls of whom I ought to have been instrumentally the savior and the father. I am charged with a dispensation of the gospel, and yet only make every thing which should facilitate the salvation of souls turn out to their ruin; and I, in effect, employ against religion all that which religion has intrusted me with for its maintenance and support.” Behold here, without exceeding the truth, the character of a bad minister. Certainly, my brethren, a bad minister is the greatest plague which the wrath of God can suffer to spring up among any people. 6. But the more the situation of an unfaithful pastor is to be deplored, the more full of consolation is the character of a true minister of the Lord Jesus Christ. He continues on earth the mission and ministry of his adorable Master. He co-operates with him in the consummation of the happiness of the saints, in the edification of his mystic body, and in the accomplishment of all his designs of mercy toward man. He is instrumentally here below, as Christ himself, a savior of his people, a reconciler of heaven and earth: and when he shall one day appear before the throne of the great Judge of quick and dead, with all his own, he will be able to say to him with confidence, “Behold me, and the children thou hast given me. Those that thou gavest me I have kept, and none of them is lost. I render them back to thee, because thou didst deliver them to me, that they might be sanctified through thy truth, and might sing with all thy redeemed the eternal praises of thy grace.” 7. O what a heavenly calling, my brethren, is ours! But our duties are as great and as heavenly as our vocation. Let us, then, together animate each other, both by the eminence and importance of our ministry, and by the glorious and comfortable fruits which are the consequences of its faithful administration! 8. Can we now be surprised at the repetition, in effect, which we find in the apostle’s charge; or rather the different points of view in which he holds forth the duties of the gospel ministry? 1st. “Preach the word.” 2dly . “Be instant in season, out of season: reprove, rebuke, exhort, with all longsuffering and doctrine.” 3dly. “Watch in all things.” 4thly. “Endure affliction.” 5thly . “Do the work of an evangelist.” 6thly. “Make full proof of thy ministry.”
The first four of these we have enlarged upon. We now come to the fifth, — “Do the work of an evangelist.”