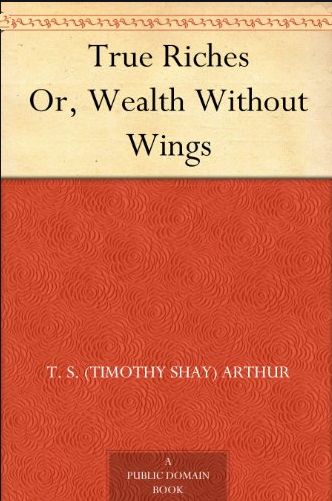 Arthur True Riches a Christian Fiction work on evaluating what is really riches,

Arthur True Riches a Christian Fiction work on evaluating what is really riches,

The lessons herein taught are such as cannot be learned too early, nor dwelt on too long or too often, by those who are engaged in the active and all-absorbing duties of life. In the struggle for material riches — the wealth that meets the eye and charms the imagination — how many forget that true riches can only be laid up in the heart; and that, without these true riches, which have no wings — gold, the god of this world, cannot bestow a single blessing! To give this truth a varied charm for young and old, the author has made a new presentation, and, in so doing, sought to invest it with all the winning attractions in his power to bestow.-Excerpt