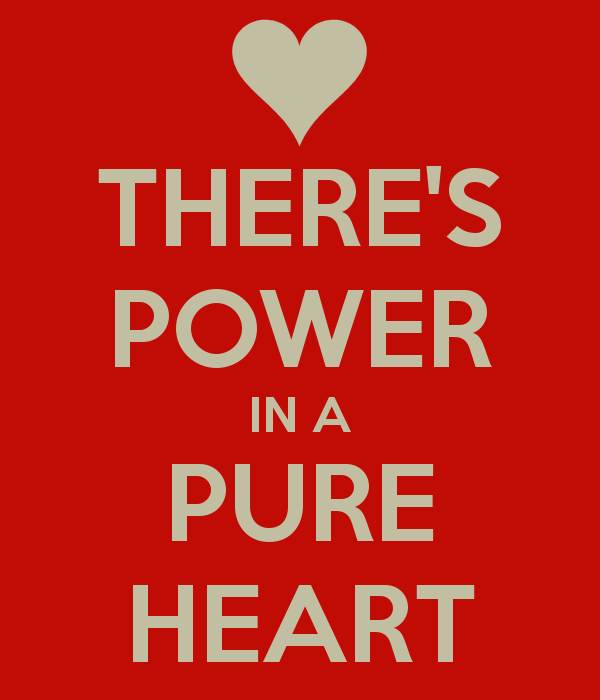 This is another of the Beatitudes which has been grossly perverted by the enemies of the Lord; enemies who have, like their predecessors the Pharisees, posed as the champions of the truth and boasted of a superior sanctity to that confessed by the true people of God. All through this Christian era there have been poor deluded souls who have claimed an entire purification of the old man, or who have insisted that God has so completely renewed them that the carnal nature has been eradicated, and in consequence that they not only commit no sins but have no sinful desires or thoughts. But God tells us: “If we say we have no sin, we deceive ourselves, and the truth is not in us” (I John 1 18). Of course such people appeal to the Scriptures in support of their vain delusion, applying to experience verses which describe the legal benefits of the Atonement. “The blood of Jesus Christ His Son cleanseth us from all sin” does not mean that our hearts have been washed from the corrupting defilements of evil, but that the sacrifice of Christ has availed for the judicial blotting out of sins. “Old things are passed away; behold, all things are become new” (2Co. 5:17) refers not to our state in this world, but to the Christian’s standing before God.

That purity of heart does not mean sinlessness of life is clear from the inspired record of the history of all of God’s saints. Noah got drunk; Abraham equivocated; Moses disobeyed God; Job. cursed the day of his birth; Elijah fled in terror from Jezebel; Peter denied Christ. Yes, perhaps someone will exclaim, But all these were before Christianity was established. True, but it has also been the same since then. Where shall we go to find a Christian of superior attainment to those of the apostle Paul? And what was his experience? Read Romans 7 and see. When he would do good, evil was present with him (v. 21); there was a law in his members warring against the law of his mind, and bringing him into captivity to the law of sin (v. 23). He did, with the mind, serve the law of God; nevertheless, with the flesh he served the law of sin (v. 25). Ah, Christian reader, the truth is that one of the most conclusive evidences that we do possess a pure heart is the discovery and consciousness of the impurity of the old heart dwelling side by side within. But let us come closer to our text.

“Blessed are the pure in heart.” In seeking an interpretation to any part of this Sermon on the Mount the first thing to bear in mind is that those whom our Lord was addressing had been reared in Judaism. As said one who was deeply taught of the Spirit: “I cannot help thinking that our Lord, in using the terms before us, had a tacit reference to that character of external sanctity or purity which belonged to the Jewish people, and to that privilege of intercourse with God which was connected with that character. They were a people separated from the nations polluted with idolatry; set apart as holy to Jehovah; and, as a holy people, they were permitted to draw near to their God, the only living and true God, in the ordinances of His worship”. On the possession of this character, and on the enjoyment of this privilege, the Jewish people plumed themselves.

“A higher character, however, and a higher privilege, belonged to those who should be the subjects of the Messiah’s reign. They should not only be externally holy, but, ‘pure in heart’; and they should not merely be allowed to approach towards the holy place, where God’s honour dwelt, but they should ‘see God,’ be introduced into the most intimate intercourse with Him. Thus viewed, as a description of the spiritual character and privileges of the subjects of the Messiah, in contrast with the external character and privileges of the Jewish people, the passage before us is full of the most important and interesting truth.” (Dr. John Brown).

“Blessed are the pure in heart.” Opinion is divided as to whether these words of Christ are to be understood literally or figuratively; whether the reference be to the new heart itself received at regeneration, or to the moral transformation of character which results from a Divine work of grace being wrought in the soul. Probably both aspects of the truth are combined here. In view of the late place which this Beatitude occupies in the series, it would appear that the purity of heart upon which our Saviour pronounced His blessing, is that internal cleansing which accompanies and follows the new birth. Yet, inasmuch as no heart purity exists in the natural man, what is here affirmed by Christ must be traced back to regeneration itself.

More works on our Sanctification