Jewish Mysticism by Abelson is a 15 chapter work about how the Jewish concept of Mysticism, or the mysteries surrounding the Bible and spiritual things, dominated Jewish thinking until the present time. 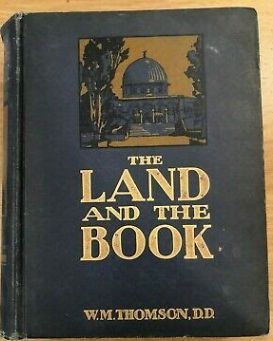 The Land and the Book is a review of many different places mentioned in the Bible.

This is a brief one chapter article taken original from Probe.org Probe ministries, and Closson fights against the point of view that the Apostle Paul borrowed ideas y concepts from the Mystery religions.

Cyrus the Great is a historical work looks at the person King Cyrus in history and how he interacted and influenced Bible events.

Josephus’ studies of Jewish culture. “Now I have undertaken the present work, as thinking it will appear to all the Greeks worthy of their study; for it will contain all our antiquities, and the constitution of our government, as interpreted out of the Hebrew Scriptures.” Josephan scholar, Louis Feldman, highlights several of the misconceptions about the Jewish people that were being circulated in Josephus’ time. In particular, the Jews were thought to lack great historical figures and a credible history of their people. They were also accused of harboring hostility toward non-Jews, and were thought to be generally lacking in loyalty, respect for authority, and charity.[4] With these harsh accusations against the Jews fluttering about the Roman empire, Josephus, formerly Joseph ben Matthias, set out to provide a Hellenized version of the Jewish history.

Josephus was a Jew living in Jerusalem, and in this work he recounts the fall of Jerusalem. 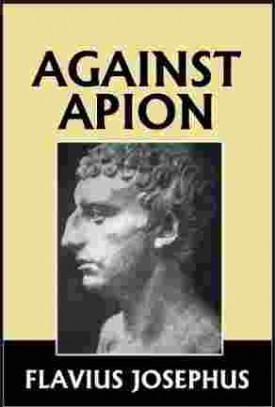 This is a brief two chapter work by Jewish historian Flavius Josephus on his arguments against Apion. Against Apion was a polemical work written by Flavius Josephus as a defense of Judaism as a classical religion and philosophy, stressing its antiquity against what he perceived as more recent traditions of the Greeks.