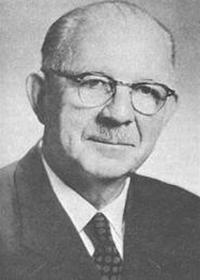 Dehaan Angels and Demons is a 4 chapter teaching on Angels, their importance, their dwelling place, angels ministry.

Dehaan Angels and Demons is a 4 chapter teaching on Angels, their importance, their dwelling place, angels ministry.

Martin Ralph DeHaan (March 23, 1891 – December 13, 1965) was an American Bible teacher, the founder of the Radio Bible Class, and the co-editor of a monthly devotional guide Our Daily Bread.[1]

Dehaan took his first pastorate at Calvary Reformed Church in Michigan. After problems with the board of that church, he turned his attention and energies to teaching on a radio station.

Excerpt from the Work Dehaan Angels and Demons

Chapter Two
“For unto which of the angels said he at any time, Thou art my Son, this day have I begotten thee? And again, I will be to him a Father, and he shall be to me a Son? And again, when he bringeth in the firstbegotten into the world, he saith, And let all the angels of God worship him. And of the angels he saith, Who maketh his angels spirits, and his ministers a flame of fire.” Hebrews 1:5-7.

This is only one of over two hundred and fifty times in which the Bible mentions angels, the angels of God, indicating the prominent place they occupy in the revelation of Scripture. In this first chapter of Hebrews the writer is showing the superiority of the Lord Jesus over the angels, the highest created beings which came from the hand of God. We have pointed out already that they are created beings, all created at one time, wholly subject to and forever worshipping the Lord Jesus, the Eternal Son of God. In our first message on “Angels” we emphasized the importance of studying what the Bible says about these spirit beings.

No one can profitably neglect what the Bible has to say about them, for God wants us to know all the Scripture and to be fully and completely informed about all matters of which the Bible treats, and especially the subject of angels, for they are going to be our constant attendants and companions throughout eternity. We also pointed out that they are created beings who were already present when God formed the world. We saw that they exist in countless numbers in heaven, on the earth, in the atmosphere, and probably inhabiting the millions of planets and heavenly bodies just as they once lived here upon the earth.

Importance of the Study of Angels

In every age there have been those who have denied the existence of angelic beings, together with the rest of the supernatural. The Sadducees of Jesus’ day denied the existence of these ministers of God, as well as the reality of the resurrection. It is often said that belief in angels is immaterial to salvation, that it is one of the non-essential doctrines of little consequence. But such shallow statements only betrays ignorance of the very subject we pass judgment upon. For the Bible is crystal-clear on the importance of the truth of angels. All the saints of the Old Testament believed in them.

The prophets and the seers of old with one accord bear testimony to their activity in the revelation of God. To state, therefore, that there are no angels is to reduce the Bible to a book of fables and superstition, to label the writers of Scripture as ignorant and deluded fanatics, but worse than that, it means to impugn the truthfulness and the authority of Jesus Himself. Our Lord Jesus constantly affirmed and asserted the existence of angels, referring to them time and time and time again. Skeptics have tried to answer this problem by saying two things; first, there are those who claim that Jesus Himself did not know any better, and He accepted the existence of angels without proof. The second argument is milder, but just as dangerous.

They tell us that Jesus knew better than to believe in angels, but knowing the deep-rooted superstition and belief of His hearers in the existence of angels, He did not attempt to correct them, but rather adapted Himself to the age of ignorance and assumed to believe it when He really did not. Either one of these arguments would destroy both the veracity of the Bible and the dependability and the truthfulness of the Lord Jesus Christ.

The facts of Scripture, however, are the exact opposite. The whole life and ministry of the Lord Jesus may truly be termed an angelic ministry, since angels seemed to be with Him from the very beginning to the end. His birth was announced by an angel, and heralded by a great multitude of the heavenly host. When He was being threatened by Herod, it was an angel who warned Joseph to flee into Egypt. In the temptation in the wilderness angels came to minister to Him. In the garden it was an angel who strengthened Him.

At the tomb angels waited to announce His resurrection. At His ascension He sent back two heavenly messengers to assure the hearts of the disciples of His return, and when Jesus does return, it will be with the hosts of heaven, the armies of the angels. The doctrine of angels is so closely bound up with our faith in Christ that I make bold to say that a man can no more be saved without believing in angels than without believing in Christ Himself, for the same Bible clearly teaches both, and to reject part of the Scripture means to destroy the whole.