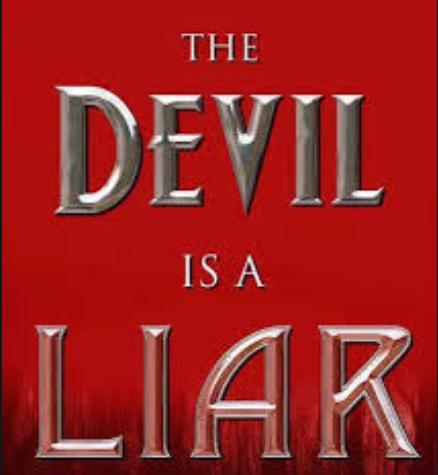 unknown The Strategy of Satan: The Deceiver is a short work of a half dozen sections (about 34 pgs) which deals with Satan’s attack on us as well as our defenses.

unknown The Strategy of Satan: The Deceiver is a short work of a half dozen sections (about 34 pgs) which deals with Satan’s attack on us as well as our defenses.

Table of Contents of The Strategy of Satan: The Deceiver

Table of Contents of The Strategy of Satan The Deceiver
Title Chapter: unknown-Satan Deceiver
Satan’s Target – Your Mind
Satan’s Weapon – Lies
Satan’s Purpose-To make you ignorant of God’s will
Your Defense – The inspired Word of God
Satan’s Target-Your Body
Satan’s Weapon-Suffering
Satan’s Purpose-your impatience with God’s will
Your Defense-Imparted Grace of God
A study of “The Strategy of Satan”
One – The Deceiver

“He was a murderer from the beginning, and does not stand in the truth, because there is no truth in him. Whenever he speaks a lie, he speaks from his own nature; for he is a liar, and the father of lies.” John 8:44

And the great dragon was thrown down, the serpent of old who is called the devil and Satan, who deceives the whole world. Revelation 12:9

But I am afraid, lest as the serpent deceived Eve by his craftiness, your minds should be led astray from the simplicity and purity of devotion to Christ. 2 Corinthians 11:3

For many deceivers have gone out into the world. 2 John 7

Now the serpent was more crafty than any beast of the field which the Lord God had made. And he said to the woman, “Indeed, has God said, ‘You shall not eat from any tree of the garden’!”

And the woman said to the serpent, “From the fruit of the trees of the garden, we may eat; but from the fruit of the tree which is in the middle of the garden, God has said, ‘You shall not eat from it or touch it, lest you die.’”
And the serpent said to the woman, “You surely shall not die! For God knows that in the day you eat from it your eyes will be opened, and you will be like God, knowing good and evil.”

Then the eyes of both of them were opened, and they knew that they were naked; and they sewed fig leaves together and made themselves loin coverings. Genesis 3:1-7

unknown The Strategy of Satan: The Deceiver is a short work of a half dozen sections (about 34 pgs) which deals with Satan's attack on us as well as our defenses.