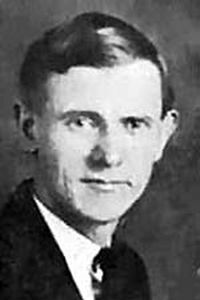 The Sacred scriptures give us an accurate account of the life, death, resurrection and ascension of Jesus Christ; also, a beautiful description of the descent of the Holy Ghost at Pentecost upon the apostles before Saul of Tarsus is mentioned.

Extract from the Module

Life Of Paul By W.B. Dunkum

The Sacred scriptures give us an accurate account of the life, death, resurrection and ascension of Jesus Christ; also, a beautiful description of the descent of the Holy Ghost at Pentecost upon the apostles before Saul of Tarsus is mentioned. He is first introduced to us as a persecutor of those who followed the Christ; also, we see him assisting the murderers of Stephen in their bloody deed. Saul relates the fact that he consented to the death of Stephen and kept the raiment of those that slew him. No doubt you are anxious to know in the beginning of this discussion as to who was Saul. He is of age. Let him speak for himself. “I am verily a man which am a Jew, born in Tarsus, a city in Cicilia.” At that time Tarsus was a very famous city, noted for its magnificence and beauty, the center of culture and scholarship. It was here Saul spent his boyhood days. Most probably he had several brothers and sisters. His father was a Jew, a descendent of Abraham, of the tribe of Benjamin. No doubt he gave his son religious training after the strictest sect of his religion. The young Jew was likewise taught a trade, that of tent-making.

There is a Jewish maxim, “He who teaches not his son a trade, teaches him to be a thief.” But Saul was destined for a nobler calling than that of tent making. No doubt the learned people of Tarsus hoped some day to see Saul holding a high position in their midst, as they boasted of having one of the greatest universities of the world, and it is natural for us to suppose that Saul at an early age enrolled as a student in this great university. However, he did not complete his education there, but was sent to the holy city of Jerusalem to be taught according to the law of his father. Saul’s chief instructor at Jerusalem was Gamaliel, a learned Doctor of the law, a man of eminence and ability, whose reputation was great among all people. Prof. Gamaliel is believed to have been the son of Simeon who took Jesus in his arms in the temple and blessed him. Saul makes great progress as a student. Gamaliel was a Pharisee of the strictest kind. No wonder Saul became narrow-minded and could not tolerate any religious sect that differed from his own.

We have no record as to how Saul spent the years that intervened between the time he left Gamaliel’s school at Jerusalem until he appeared as a persecutor of those who followed Jesus Christ; but probably he spent it with his parents at Tarsus, where he no doubt pursued the studies of Hebrew, Greek, Latin, Law, Arts, Science and Philosophy. At this time the word of God is increasing and number of disciples multiplying at Jerusalem, and there is a company of followers who are obedient to the faith. The enemies of Jesus are being alarmed, and some are resorting to persecution. Saul seems to hate the Nazarenes, and no doubt has only heard of this doctrine in a perverted form. As soon as Saul thought his religion was in danger he left home– studies and all, but his zeal caused him to do many things contrary to the teaching of Jesus. He abhorred and scorned at the idea that the son of a poor carpenter who had made intimate friends of some fishermen should become the Messiah.

The first martyr was Stephen, one of the seven deacons who was officially appointed totake charge of all money for the relief of the poor as well as preach the gospel and lead souls to Christ. He being a man full of faith and of the Holy Ghost did wonders among the people. Stephen preached to different nationalities in the synagogue. No doubt Saul heard him preach, and Saul being a learned pupil of Gamaliel, could not resist the wisdom and spirit by which Stephen spake. At this time Stephen was taken before the Sanhedrin and false witnesses were called for who testified that he had been blaspheming against God. But at this time Stephen was very calm and steady until those looking at him said his face shone as if it had been the face of an angel. Read Act 7:55-60. As to the place of Stephen’s burial, we fail to find a sufficient account; some have thought Joseph provided a tomb for the mangled remains of the first martyr of the Christian church.

Saul was caused to marvel over the courage, love and forgiveness of the followers whom he regarded as an impostor. No doubt the time came when Saul mourned bitterly because he took apart in the stoning of Stephen. I like to think that the angelic face of this dying martyr was one of the steps which brought about the conversion of Saul. The smiling face of the dying man haunted him, yet he proceeds to make havoc of the church, entering into every home, and haling men and women, putting them in prison. Perhaps many who were assembled in the upper room after the ascension were put in prison, and many homes in Jerusalem were vacated because they were afraid of the man who thought he was doing God’s service. Christianity has had to suffer intensely through past ages because of various persecutors.But one might ask the question, why Christianity has had to plow her way through scenes of suffering?

I. Because of the difference of opinions. Opinions are a part of us and as dear as life and liberty. They are the measure of our influence and the results of experience, thought, study, and observation. My opinion is what I have accumulated, and to attack it is to attack me. Religious opinion has made slow progress as strife and hatred have been bitter against it ever since Pentecost.

II. Because not sustained by law. Most religions, both ancient and modern, have been protected by law, yet some have not.

III. Because of the corruption of the human heart. “The heart is deceitful and desperately wicked.”

IV. Because it is undeniable both by history and the Bible.
1. Nothing that is good can be destroyed by persecution. The more you fight it, the more it spreads. If Christianity is eliminated some other method will have to be used aside from persecution.
2. Persecution is a test of its reality.
3. Persecution is worth the cost.

W. B. Dunkum was a man of extraordinary abilities. He came from a family that has given the Holiness movement many great church leaders. He attended God’s Bible School from 1903-06. He served as president of Kingswood Bible College in Kingswood, Kentucky, and helped to found the Wesleyan Methodist Church in Kentucky. Dr. Dunkum was an evangelist of no small renown. He lives on in the lives and minds of those who knew him. And, those who read after him will also remember him. He was a great and godly man and a prolific writer. — Bence C. Miller, President, God’s Bible School.

More Modules on the Life of Paul

Version 2 is reformatted by David Cox