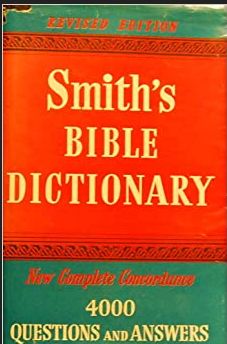 Smith’s Bible Dictionary, originally named A Dictionary of the Bible, was a 19th-century Bible dictionary containing upwards of four thousand entries that became named after its editor, William Smith. Wikipedia

Smith’s Bible Dictionary, originally named A Dictionary of the Bible, was a 19th-century Bible dictionary containing upwards of four thousand entries that became named after its editor, William Smith. Wikipedia