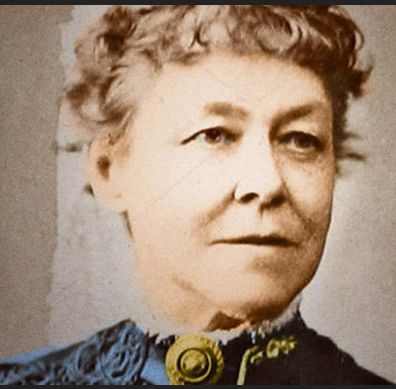 She was born Susannah Thompson in January, 1832. Her early years were spent in London, where she often accompanied her parents or elderly friends to the New Park Street Chapel. She was converted upon hearing a sermon at the old Poultry Chapel by Rev S. B. Bergne from Romans 10:8 – ‘From that service I date the dawning of the true light in my soul’. But her initial joy was replaced by ‘seasons of darkness, despondency, and doubt’, and it was not until she was helped by the new, youthful, pastor of New Park Street – Spurgeon – that she found ‘the peace and pardon [her] weary soul was longing for’.

Her friendship with Spurgeon grew, and they were married in January 1856. Their twin sons, Charles Jr. and Thomas, were born in September, 1857.

Susannah became a true partner in her husband’s ministry. Spurgeon would call his ‘wifey’ to come and help him on Saturday afternoons. Together they would read commentaries and discuss the Scripture for the next day’s sermon. If he was discouraged, she would read to him. She counselled women and girls in the church and assisted female candidates at baptismal services. Her activities were restricted at times when she became chronically ill in the late 1860s, and was often confined to her room, or visited Brighton for relief.

In 1875, when she had proof-read the first volume of her husband’s book Lectures to My Students, she expressed a desire to ‘place it in the hands of every minister in England’ – and so began the ministry of her Book Fund. Within a year, over 3000 volumes of theological books had been distributed by the Fund; by the time of her death, over 200,000 volumes had been sent out. Today, the supplying of theological books free to ministers and missionaries continues through the Book Fund of the Banner of Truth Trust, modelled upon that started by Susannah Spurgeon.

The safest place to be is within the will of God. God’s answers are wiser than our prayers.

Susannah’s work expanded to include other ministries, such as the Pastors’ Aid Fund and the Westwood Clothing Society.

In her remaining years, following Charles’ death in 1892, she assisted Joseph Harrald in compiling C.H. Spurgeon’s Autobiography and also wrote a number of devotional books, including Free Grace and Dying Love, published by the Trust (which volume contains a Life of Susannah Spurgeon by Charles Ray). She died in October, 1903, after a severe attack of pneumonia from which she never recovered.-Banner of Truth

A Basketof Summer Fruit
A Song of Sighs
Free Grace and Dying Love!
Words of Cheer and Comfort for Sick and Sorrowful Souls!