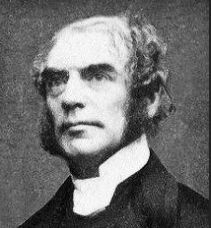 Winslow Soul Heights and Depths is a nine chapter work on the ups and downs of the Christian life, and prayer, waiting and watching for what the Lord wants.

Winslow Soul Heights and Depths is a nine chapter work on the ups and downs of the Christian life, and prayer, waiting and watching for what the Lord wants. See Wikipedia.org

It is of little moment to our present exposition that we determine the precise occasion in David’s history on which this Psalm was composed. Suffice, that it forms one of the richest and most tuneful of his poetical compositions, and unfolds one of the most spiritual and instructive chapters in his remarkable history. As such, it reflects the lights and shadows, the depths and heights of the Christian life, as more or less vividly portrayed in every believer’s history.

That there are these opposites of soul-exercise in the experience of all the spiritual seed of David, of all to whom belong his “sure mercies”— not excepting David’s Lord— the history of the Church of God fully attests.

The Christian life is tortuous and chequered in its course. The royal path to glory is a divine mosaic paved with stones of diverse lines. Today, it is a depth almost soundless; tomorrow, a height almost scaleless. Now, a shadow drapes the picture, somber and rayless; then, a light illumines the camera, brilliant and gladsome. Here, the “song” is of mercy, sweet and entrancing; there, it is of judgement, sad and mournful. “When men are cast down, then you shall say, There is lifting up.” But, a divine Hand, veiled and invisible to all but faith’s eye, shapes and directs the whole; and, assured of this, the believing soul is trustful and calm.

“He led them about, He instructed them,” was the history of the Church in the wilderness; and each stage was a school, each condition a blessing, each event a lesson learned, and a new beatitude experienced,— learned and experienced as in no other. Variety, rich and endless, is stamped upon all God’s works and operations; not less is this seen in the circuitous path by which He is leading His people home to Himself. It is this ever-dissolving, ever shifting scenery of the Christian’s life that unfolds new views of God’s character, and brings him into a closer acquaintance with his own.

To the consideration, then, of these “depths” and “heights” of the Christian life, let us now devoutly and thoughtfully address ourselves. And may the Eternal Spirit unfold and apply His truth to the edification of the reader, and to the glory of His own name, for Christ Jesus’ sake! “Out of the depths have I cried unto you, 0 Lord.”

It may be proper to intimate in the commencement of our treatise, that the experience described in this, its opening chapter, must not be interpreted as that of an unregenerate soul. That there are “depths” of temporal adversity and mental distress, deep and dark, in the life of the unregenerate, is manifest; but, they are not the “depths” of God’s people. It is recorded of the wicked who prosper in the world, that they have “no changes in their life,” and “no bands in their death, and are not as other men.” But the saints of God dwell among their own people, and walk in paths untrodden by the ungodly. The experience, then, which we are about to describe is peculiar to the saints.

However profound these ‘depths,’ they are not the depths of hell, draped with its mist of darkness, and lurid with its quenchless flames. There is in them no curse, nor wrath, nor condemnation. Sink as the gracious soul may, it ever finds the Rock of Ages beneath, upon which faith firmly and securely stands. Whatever may be the depressions of the believer, it is important to keep in mind his real standing before God. From this no chequered spiritual history can move him. There is not an angel in heaven so divinely related, so beauteously attired, or who stands so near and is so dear to God, as the accepted believer in Christ, though earth is still his abode, and a body of sin his dwelling.

A practical lesson grows out of this truth. Let it be your aim to know your present standing as in the sight of God. Upon so vital a question not the shadow of a doubt should rest. “We believe, and are sure.” Faith brings assurance, and assurance is faith. The measure of our assured interest in Christ, will be the measure of our faith in Christ. This is the true definition of assurance, the nature of which is a question of much perplexity to sincere Christians.

The object of my salvation is not my faith, but Christ. Faith is but the instrument by which I receive Christ as a sinner. As the eaglet acquires strength of vision by gazing upon the sun, until at length, when fledged, it expands its wings and soars to the orb of day,— so the eye of faith, by “looking unto Jesus” only, gradually becomes stronger; and in proportion to its clear and still clearer view of Christ, brings increased, sweet, and holy assurance to the soul.
One simple, believing sight of Christ will produce more light and peace and joy than a lifetime of looking within ourselves for evidences and signs of grace.

All the sinner’s merit, all his worthiness, beauty, and salvation, is centered in Christ, is from Christ, and Christ alone. And, by simply believing the great truth of the gospel, that Christ died for sinners— receiving Christ, not purchasing Him,— as God’s “unspeakable gift” of free and sovereign grace, will awaken in the soul the assured and grateful acknowledgment, “He loved me, and gave Himself for me.” But let us enumerate some of those soul-depths into which many of God’s people are frequently plunged, in which grace sustains, and out of which love delivers them. “Out of the depths have I cried unto you, 0 Lord.”

We place in the foreground of these “depths,” as constituting, perhaps, the most common— soul-distress arising from the existence and power of indwelling sin in the regenerate. There is not a fact in the history of the saints more clearly taught or more constantly verified than this: that, while the Holy Spirit renews the soul, making it a new creature in Christ Jesus, He never entirely uproots and slays the principle and root of sin in the regenerate. The guilt of sin is cleansed by atoning blood, and the tyranny of sin is broken by the power of divine grace, and the condemnation of sin is cancelled by the free justification of Christ; nevertheless, the root, or principle of original sin remains deeply and firmly embedded in the soil, ever and anon springing up and yielding its baneful fruit, demanding unslumbering watchfulness and incessant mortification; and will so remain until death sets the spirit free.

The inhabitants of Canaan were allowed by God still to domicile in the land long after His chosen people had entered and possessed it. They were to contract no covenant with them, either by marriage or commerce; but, laid under tribute, they were to remain subject to a gradual process of extermination, contributing to, rather than taking from, the wealth and power of Israel’s tribes. This is an impressive and instructive emblem of the regenerate! The old inhabitants still domicile in the new creature: original sin, individual corruption, and constitutional infirmity— surviving the triumphant advent of the converting grace of God— often challenging the forces of the Most High, and inflicting upon the soul many a deep and grievous wound.