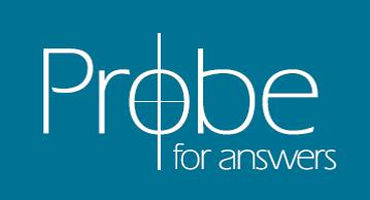 Sample from Wade The Meaning of the Cross

The Meaning of the Cross
Written by Rick Wade

A Scandal At the Center

Mel Gibson’s The Passion of the Christ has created quite a bit of controversy, both inside the church and out. One objection from Christians is that the film is imbalanced for not giving due attention to the resurrection of Jesus. There is at least one reason I disagree. That is because, as theologian Alister McGrath has pointed out, the focus today is primarily on the resurrection, and the cross takes second place.{1} I recall Carl Henry, the late theologian, noting in the 1980s that the emphasis in evangelicalism had shifted from justification by faith to the new life. We talk often about the positive differences Christianity can make in our lives because of the resurrection. Gibson has forced us to focus on the suffering and death of Christ. And that’s a good thing.

But what a way to save the world! It flies in the face of common sense! From the time of Christ, the crucifixion as the basis of our salvation has been a major problem. “For the message of the cross is foolishness to those who are perishing,” Paul wrote (1 Cor. 1:18a). The Greeks saw the cross as foolishness (literally, “moronic”), for they believed that truth was discovered through wisdom or reason. For the Jews it was a scandal, a stumbling block, for they couldn’t believe God would save through a man accursed. They asked for signs, but instead got a crucified Messiah.
In modern times the cross was a problem because it meant we could not save ourselves through our own ingenuity. In postmodern times, while many young people feel an affinity with Jesus in His suffering, they have a hard time accepting that this is the only way God saves. And the atonement was much more than a simple identification with suffering humanity.

It is easy for us to rush past the cross and focus on the empty tomb in our evangelism. Think about it. How many of us make the cross central in our witness to unbelievers? The new life of the resurrection is a much easier “sell” than the suffering of the cross. We want to present a Gospel that is appealing to the hearer that grabs people’s attention and immediately makes them want it.

Wade The Meaning of the Cross

More Works on the Cross