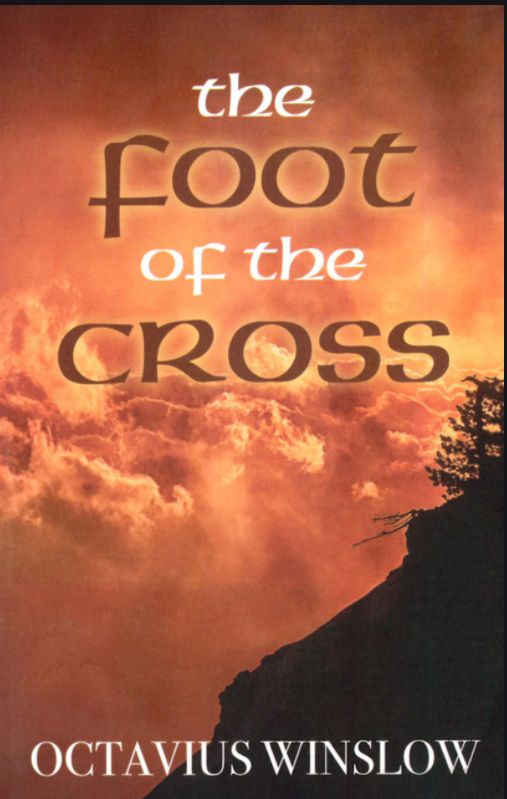 THE FOOT OF THE CROSS

Table of Contents for Winslow The Foot of the Cross

Read the Preface
The ‘foot of the Cross’ is a sacred “household word” in the family of God– rich in the Divine truths and precious in the Christian experience it is employed to express. Adopting this familiar but emphatic phrase, the author has sought in these pages to expound and illustrate, in a few instances, its tender and solemn significance. He has aimed to show how all vital, saving truth centers in, and all sanctifying and comforting blessing springs from, the Cross of Christ. The discussion of this comprehensive and sublime theme, in the present instance, is limited and faulty- as the most elaborate and finished human exposition of such a theme must necessarily be. It is but here and there he has plucked a cluster of fruit bending from this Tree of Life, or has gathered a flower, blooming in beauty and breathing in fragrance, beneath its hallowed shade. Still, if his imperfect labor shall have attracted some truth-perplexed mind, some sin-burdened conscience, some sorrow-stricken heart, some hope-despairing soul to the ‘foot of the cross,’ there to experience the precious blessing sought, he will not regret having presented to the Church of God even this partial and imperfect discussion of a theme which the combined intellect of heaven could not fully unfold, nor the study and contemplation of eternity utterly exhaust- the Cross of Our Lord Jesus Christ!

Reader! study these pages with fervent prayer to the Holy Spirit that He, through this dim medium, might unveil to you, in some degree, the glory of Christ’s finished work, guide your trembling steps to the foot of the cross, give you simple faith in the Crucified, and thus bring you into a state of Perfect Peace with God through Christ.

“Then will I sing, The cross! the cross!
And count all other gain but loss;
I’ll sing the cross, and to Your tree
Cling evermore, blessed Calvary!
To the benediction of the Triune Jehovah
this little volume is prayerfully commended.

Winslow, Octavius - The Foot Of The Cross
Winslow-Octavius-The-Foot-of-the-Cross-.gbk_.twm