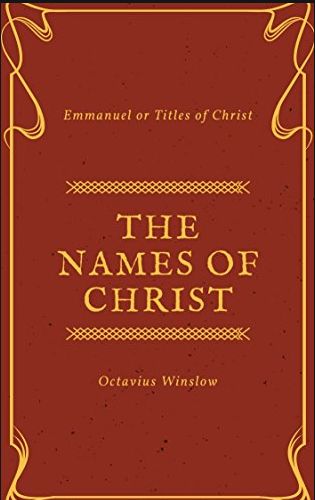 “EMMANUEL, or Titles of Christ”

Table of Contents of Emmanuel or Titles of Christ