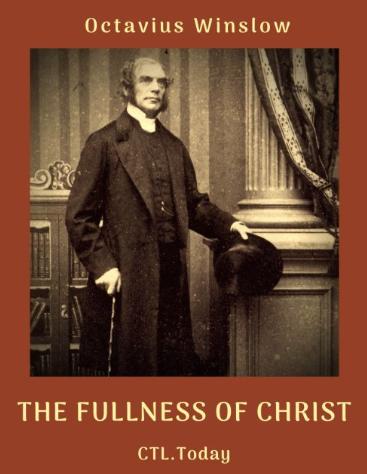 Winslow, Octavius – The Fulness Of Christ is a 15 chapter work on how Christ fills us with his power and character. This is through the Holy Spirit.

Winslow, Octavius – The Fulness Of Christ is a 15 chapter work on how Christ fills us with his power and character. This is through the Holy Spirit.

Winslow, Octavius – The Fulness Of Christ

THE FULLNESS OF CHRIST by Octavius Winslow

Contents of The Fulness Of Christ

This E-sword module was formatted by wlue777 and is the original document found at www.gracegems.org
2020-06-13 David Cox reformatted this module for theWord.

Winslow, Octavius - The Fulness Of Christ is a 15 chapter work on how Christ fills us with his power and character. This is through the Holy Spirit.