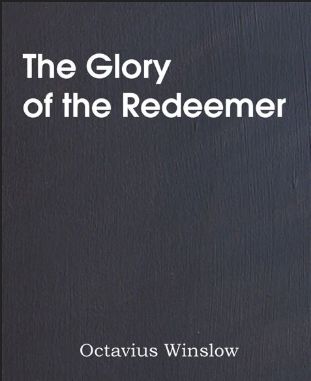 Winslow’s work, The Glory of the Redeemer, is a study on Jesus Christ the redeemer, and the glory associated with his work of redemption of mankind.

Winslow’s work, The Glory of the Redeemer, is a study on Jesus Christ the redeemer, and the glory associated with his work of redemption of mankind.

THE GLORY OF THE REDEEMER

Table of Contents of the Glory of the Redeemer

Winslow’s work, The Glory of the Redeemer, is a study on Jesus Christ the Redeemer, and the glory associated with his work of redemption of mankind.

Winslow, Octavius - The Glory Of The Redeemer
Winslow-Octavius-The-Glory-of-the-Redeemer-wlue777.gbk_.twm
Version: 1