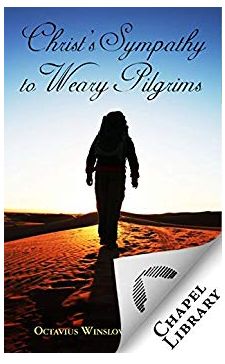 Winslow’s work on the Sympathy of Christ. Christ identifies with mankind, and this work examines that point.

Winslow’s work on the Sympathy of Christ. Christ identifies with mankind, and this work examines that point.

THE SYMPATHY OF CHRIST
by Octavius Winslow, 1862

Contents of Sympathy of Christ