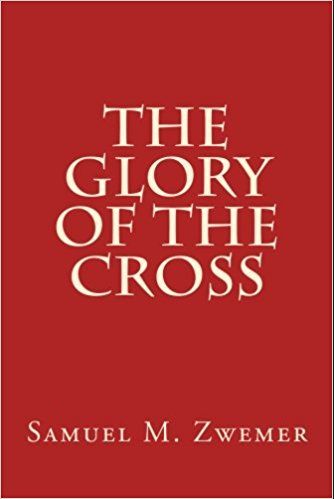 Glory of the Cross is a work about Christ’s life. It focuses on the events around his crucifixion and the cross.

Glory of the cross

Glory of the Cross is a work about Christ’s life. It focuses on the events around his crucifixion and the cross.

TABLE OF CONTENTS of Glory of the Cross

When the Portuguese traders, following the trail of the great explorer, Vasco da Gama, settled on the south coast of China, they built a massive Cathedral on a hill-crest overlooking the harbour. But a violent typhoon proved too severe, and three centuries ago the great building fell — all except the front wall. That ponderous facade has stood as an enduring monument, while high on its triangular top, clean cut against the sky, and defying rain, lightning and typhoon, is a great bronze cross. When Sir John Bowring, then governor of Hong Kong, visited Macao in 1825, he was so impressed by the scene that he wrote the famous hymn beginning : —

“In the Cross of CHRIST I glory,
Towering o’er the wrecks of time,
All the light of sacred story
Gathers round its head sublime.”

The builders of that ancient cathedral are forgotten, but the cross they reared in memory of the Crucified remains. China has seen stupendous changes, old institutions have crumbled and dynasties disappeared, but the Cross still stands. “A great ruined wall on a misty hill-top; birds nestling on its hideous gargoyles; the sea and the mountains and the sky of China seen through its gaping doors and windows; and over all the Cross, changing desolation to majesty.” So has it been in all lands and in all ages.

The missionary among Moslems (to whom the Cross of CHRIST is a stumbling-block and the atonement foolishness) is driven daily to deeper meditation on this mystery of redemption and to a stronger conviction that here is the very heart of our message and our mission. The secret of the missionary passion.

If the Cross of CHRIST is anything to the mind, it is surely everything — the most profound reality and the sublimest mystery. One comes to realize that literally all the wealth and glory of the Gospel centres here. The Cross is the pivot as well as the centre of New Testament thought. It is the exclusive mark of the Christian faith, the symbol of Christianity and its cynosure. (continued)

from chapter 10. “The Power of the Resurrection”

One of the most remarkable things about the story of the resurrection as given in the four Gospels is that all the accounts of these eye-witnesses emphasize the “doubts” of the Lord’s followers. They were in a skeptical frame of mind and not ready to accept hearsay evidence.

The women “trembled and were amazed: neither said they any thing to any man, for they were afraid” (Mark 16:8).
When Mary Magdalene told them of her vision of a living CHRIST “they disbelieved” (Mark 16:11).
When they saw Him on the mountain in Galilee some worshipped Him “but some doubted” (Matthew 28:17).

The apostle Thomas kept his doubts for a whole week and then he was convinced.

The faith of the apostles in the actual resurrection of JESUS CHRIST, therefore, was not a blind faith but open-eyed and built on accumulative and irresistible evidence. “To whom also he showed himself alive after his passion by many infallible proofs, being seen of them forty days, and speaking of the things pertaining to the kingdom of God” (Acts 1:3) and “After that, he was seen of above five hundred brethren at once; of whom the greater part remain unto this present, but some are fallen asleep” (I Corinthians 15:6).None of the apostolic band had the shadow of a doubt left after CHRIST’s ascension and the great Day of Pentecost. They were changed men because CHRIST was alive for evermore. His resurrection was their living hope. It was the dynamic of their message, not only, but of their daily experience. “Him God raised up the third day, and showed him openly” (Acts 10:40).

“For though he was crucified through weakness, yet he liveth by the power of God. For we also are weak in him, but we shall live with him by the power of God toward you” (II
Corinthians 13.4). “Jesus Christ,” says John, “who is the faithful witness, and the first begotten of the dead, and the prince of the kings of the earth. Unto him that loved us, and washed us from our sins in his own blood” (Revelation 1:5).

He is alive for evermore.

This is a work about Christ's life. It focuses on the events around his crucifixion and the cross.