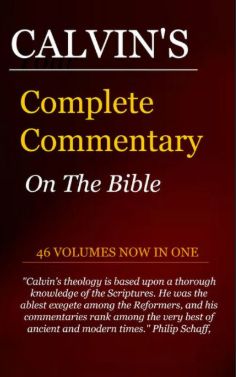 Calvin commentaries on the entire books of the Bible.

Calvin commentaries on the entire books of the Bible.