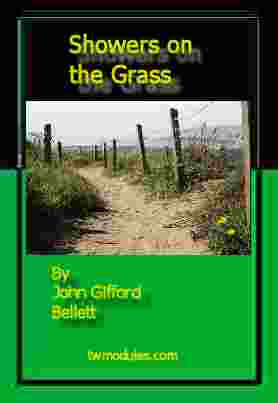 This work is basically 34 personal letters from Bellett.

Showers on the Grass.

“My doctrine shall drop as the rain, my speech shall distil as the dew, as the small rain upon the tender herb, and as the showers upon the grass.” Deut. 32:2.