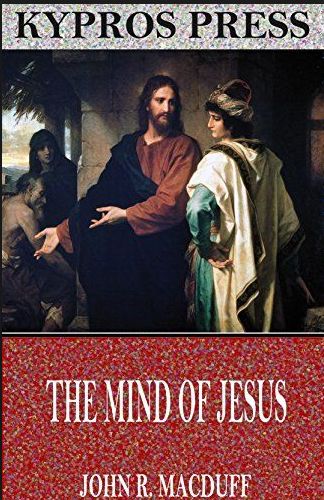 This is a 31 day devotional by John Ross MacDuff

MacDuff – The Mind of Christ

The Mind of Christ v2
BY MacDuff

This is a 31 day devotional by John Ross MacDuff

Contents of The Mind of Christ

John Ross Macduff (23 May 1818 – 30 April 1895) was a Scottish divine and a prolific author of religious essays. He published many practical and devotional works which attained a wide circulation.
Portrait of John Ross Macduff[1] Born on his father’s estate of Bonhard, Scone, Perthshire, Macduff was the second of the six sons of Captain Alexander Macduff of Bonhard and Springfield and Margaret Catherine Ross, youngest daughter of John Ross of Balgersho. Macduff was educated at the High School of Edinburgh and the University of Edinburgh,[2] and was ordained as minister of Kettins, a parish in Forfarshire close to his maternal grandfather’s estate, in 1843.[2] He was transmitted to St Madoes, a parish in Perthshire centred around the Pitfour estate owned by his mother’s cousin, Sir John Stewart-Richardson, in 1849.[2]

He preached at Sandyford for fifteen years (until 1870), and then went to live in Chislehurst, Kent, in order to focus entirely on writing.[2] His best-known books were “The Prophet of Fire”, “Memories of Bethany”, “Memories of Gennesaret”, “The Shepherd and His Flock”, “Sunset on the Hebrew Mountains”, “Comfort Ye”, “The Golden Gospel”, “Morning and Night Watches”, “The Bow in the Cloud”, “The Story of a Dewdrop”, and “The Story of a Shell.”[2]

In 1857, whilst in Glasgow, he was appointed by the General Assembly a member of their Hymnal Committee. His 31 hymns appeared in his Altar Stones, 1853, and were also included with his later poems in his The Gates of Praise, 1876. His hymn, “Christ is Coming, let Creation” is still included in the Church of Scotland’s Church Hymnary 4.

Macduff died at his home, Ravensbrook, Chislehurst in 1895.

More Works on the Mind of Christ

MacDuff's work is a devotional on Naaman the Syrian, investigating different aspects of the Biblical narrative. Scottish Divine.
1. Introduction—the Contrasted Rivers.
2. The Leper-warrior.
3. The Little Captive Maid.
4. The Pilgrimage.
5. The Remedy and its Rejection.
6. Man's Thoughts and God's Thoughts.
7. Seasonable Admonition.
8. The Crisis and the Cure.
9. Consecration.
10. Scruples of the New Proselyte.
11. A Voice of Warning.