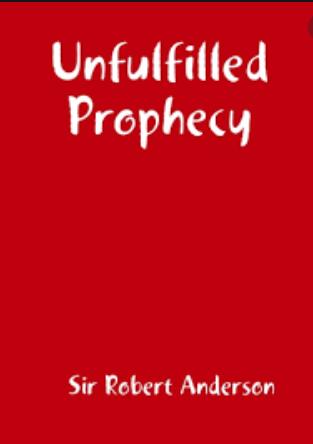 Sir Robert Anderson KCB (29 May 1841 – 15 November 1918) was the second Assistant Commissioner (Crime) of the London Metropolitan Police, from 1888 to 1901. He was also an intelligence officer, theologian and writer.

Anderson was brought up in a devout Christian home, but in his late teens he had doubts about his faith. His sister Annie, later Lady Boyd, was influenced by the Irish Evangelical Revival of 1859–1860 and persuaded him to attend one of the services held in Dublin by the Reverend Joseph Denham Smith, but he was not particularly impressed. The following Sunday evening, however, he attended a service in his own church and heard the Reverend John Hall (afterwards of New York), who "boldly proclaimed forgiveness of sins, and eternal life as God's gift in grace, unreserved and unconditional, to be received by us as we sat in the pews. His sermon thrilled me," Anderson wrote later when describing the event, "and yet I deemed his doctrine to be unscriptural. So I waylaid him as he left the vestry, and on our homeward walk I tackled him about his heresies… At last he let go my arm, and, facing me as we stood upon the pavement, he repeated with great solemnity his gospel message and appeal. 'I tell you,' he said, 'as a minister of Christ, and in His name, that there is life for you here and now if you will accept Him. Will you accept Christ, or will you reject Him?' After a pause – how prolonged I know not – I exclaimed, 'In God's name I will accept Christ.' Not another word passed between us; but after another pause he wrung my hand and left me. And I turned homewards with the peace of God filling my heart."

He was especially close to some of the greatest biblical teachers of his day, including James Martin Gray, Cyrus Scofield, A. C. Dixon, Horatius Bonar and E. W. Bullinger. He also preached with John Nelson Darby in the West of Ireland. Anderson was a member of the Plymouth Brethren, first with Darby then with the Open Brethren party, before returning to his Presbyterian roots. He wrote numerous theological works: C. H. Spurgeon commented that Anderson's book Human Destiny was "the most valuable contribution on the subject" that he had seen.