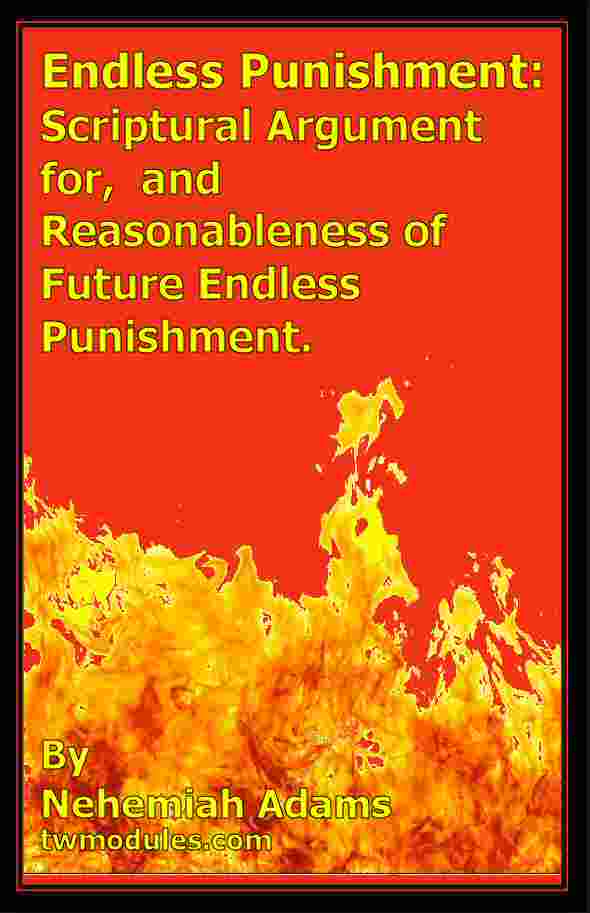 I. The Scriptures teach that there is a penalty for disobedience awaiting the finally impenitent. 4
II. Redemption by Christ is represented as having for its object salvation from final perdition. 15
III. The fall of angels, and of man, is a confirmatory proof of future, endless retribution. 24
IV. The terms used with regard to the resurrection of the dead, are proofs of endless retribution. 26
V. The Scriptures teach that the law of God has a curse: — which it has not, if future punishment be disciplinary. 32
VI. The Sentence passed upon the wicked indiscriminately, forbids the idea of discipline in future punishment. 33
VII. The duration of future punishment is expressed in the New Testament by the terms employed to denote absolute eternity. 34
CORRESPONDENCE. 46