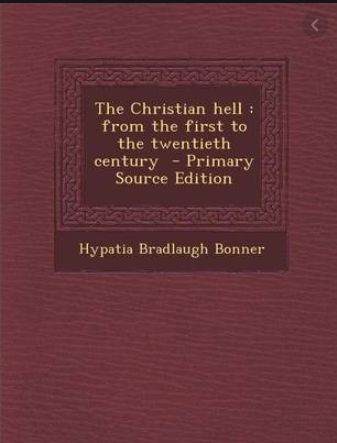 Bonner, Hypatia B. – Christian Hell from First to Twentieth Century is a literature study on hell through the centuries

Bonner, Hypatia B. – Christian Hell from First to Twentieth Century is a literature study on hell through the centuries

Contents of Bonner, Hypatia B. – Christian Hell from First to Twentieth Century

Bonner, Hypatia B. - Christian Hell from First to Twentieth Century is a literature study on hell through the centuries