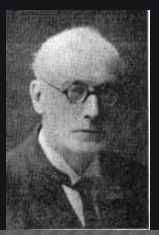 In Eternal Punishment, a work by Brethren author W.W. Fereday, Fereday looks at eternal punishment from the point of how God made man.

In Eternal Punishment, a work by Brethren author W.W. Fereday, Fereday looks at eternal punishment from the point of how God made man.

HOW MAN WAS MADE.

We have two things here: First, the formation of the body; then the impartation of life by the inbreathing of God. Man has, in consequence of this, a character of life within him that is not possessed by the lower creatures of God’s hand. He holds a very special place in God’s universe. Angels are spirits; beasts, etc., have soul and body; man is distinguished from them all by the possession of spirit, and soul, and body (Psa 104:4; Gen 1:20-21; Gen 1:24; 1Th 5:23).

Constitutionally, then, man is amenable to the judgment of God, being a creature with great responsibilities. Morally also, man is amenable to judgment because he is a sinner. The fall, as described in Genesis 3, is no allegory (whatever some perverse persons may say), but a humiliating fact. Who would pretend that man is today what God made him at the first? Do not the experiences of every hour assure us that our race has met with some fearful moral catastrophe? The truth is, that man has revolted against his Creator, and has, in consequence, filled the earth with sin and misery. In Luk 5:31-32 our Lord speaks of sin in a two-fold way.

This is a single chapter work.
HOW MAN WAS MADE.
THE JUDGEMENT OF GOD.
WHAT DOES "ETERNAL" MEAN?
ETERNAL PUNISHMENT. (NOTE
MAN NOT A BEAST.
MAN'S CONSTITUTION.
THREE SOLEMN TEXTS.
THE WAY OF ESCAPE.

This post is a walk through on how to use theWord to search the Bible for a word or phrase. If your Bible version installed in theWord has Strong's Numbers, you can search on that.