Introduction (below)
1. The Rapture Explained
2. Welcome Address – A Challenge to Believers
3. The Pre-Tribulation Rapture – What does it mean and how does it differ from the Second Coming of Christ?
4. The Significance of Israel to End-time Prophecies
5. Can we Understand Today’s Events from Bible Prophecies?

Who is Prof. Johan Malan 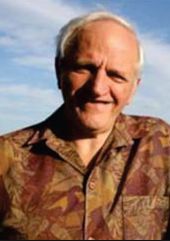 The editor and main author of www.bibleguidance.co.za , Johan Malan, is a rofessor of Anthropology at the University of Limpopo in South Africa . As the son of a former missionary in South Africa and Swaziland , the late Rev. J.S. Malan, Johan received a thorough training at home on the literal, premillennial interpretation of biblical prophecies on the end-time. He realised that the practice of spiritualising these prophecies has done great harm to the meaning of prophecies related to the restoration of Israel, the Second Coming of Christ and the emergence of an antichristian new world order. The consequence is that many Christians do not have a clear future expectation, and are not well prepared to remain spiritually standing in a time of great deception.

This state of affairs motivated Johan after his conversion and rebirth in 1972 to make an intensive study of biblical eschatology and to disseminate knowledge on this subject. He only uses the Bible as a factual and doctrinal source, and does not promote the doctrine of any particular denomination. His first book on Revelation, The Hour of Darkness , was published in six languages – English, Afrikaans, Russian, Estonian, Portuguese and Swahili. He subsequently wrote another book on Revelation, The Day of the Lord (a commentary). Both books have been published online on his website. In 1993, Johan conducted religious and socio-economic research projects on a number of Israeli kibbutzim , leading to the publication of various magazine articles. He also wrote a book on Israel which was published in four languages.

The name of his Christian ministry is Trumpet Publications, which is administered by his wife, Wilma. The webmaster of Bibleguidance is Gerald Vos, a friend of the Malans. He and his wife, Helene, stay at Burgersdorp in Eastern Cape where they also conduct evangelistic outreaches. Formerly, they conducted evangelistic and welfare work in Israel , Mpumalanga and Mozambique . Information on their outreaches is offered in the Shemah section of Bibleguidance.