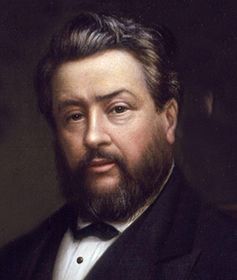 Concerning Death
“For I know that thou wilt bring me to death, and to the house appointed for all living. ”— Job 30:23.
JOB suffered from a terrible sickness, which filled him with pain both day and night. It is supposed that, in addition to his grievous eruptions upon the skin, he endured great difficulty in breathing. He says in the eighteenth verse, “By the great force of my disease is my garment changed: it bindeth me about as the collar of my coat. ” His clothes were sodden, and clung to him: his skin was blackened, and seemed to be tightened. He was like a man whose tunic strangles him; the collar of his garment seemed to be fast bound about his throat. Those who have suffered from it know what distress is occasioned by this complaint, especially when they are also compelled to cry, “My bones are pierced in me in the night season: and my sinews take no rest. ”

At such a time Job thought of death, and surely if at any period in our lives we should consider our latter end, it is when the frail tent of our body begins to tremble, because the cords are loosened and the curtain is rent. It is the general custom with sick people to talk about “getting well”; and those who visit them, even when they are gracious people, will see the tokens of death upon them and yet will speak as if they were hopeful of their recovery. I remember a father asking me when I prayed with a consumptive girl to be sure not to mention death. In such cases it would be far more sensible for the sick man to turn his thoughts towards eternity, and stand prepared for the great change. When our God by our affliction calls upon us to number our days, let us not refuse to do so. I admire the wisdom of Job, that he does not shirk the subject of death, but dwells upon it as an appropriate topic, saying, “I know that thou wilt bring me to death, and to the house appointed for all living. ”