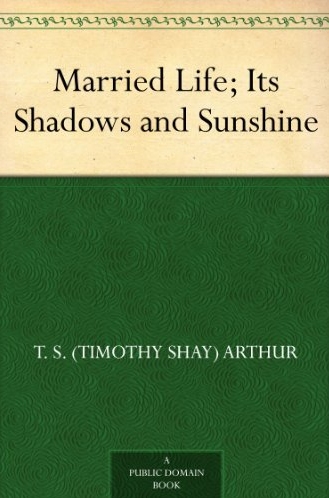 Married Life: Its Shadows and Sunshine

A fictional story about married life from a Christian point of view. Married Life Shadows Sunshine

Table of Contents for Married Life

Is Marriage a Lottery?
The Maiden’s Choice
The Fortune-Hunter
Three Ways of Managing a Husband
Ruling a Wife
The First and Last Quarrel
Guess Who it Is
Marrying a Tailor
The Invalid Wife
The Unloved One
Married Life Shadows Sunshine