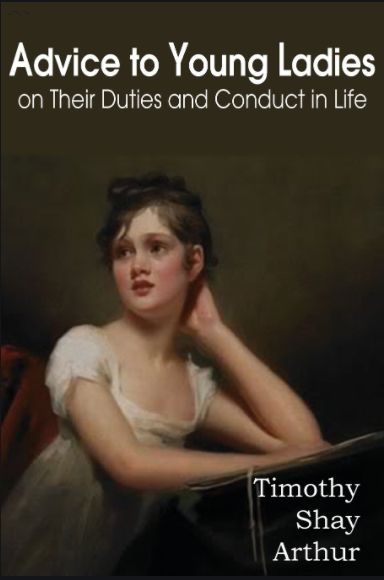 Advice to Young Ladies on Conduct in Life (and Duties) is a work on what are the duties of young Christian woman, and how they should conduct their life.

Advice to Young Ladies on Conduct in Life (and Duties) is a work on what are the duties of young Christian woman, and how they should conduct their life.

Advice to Young Ladies on Their Duties and Conduct in Life

More works on Youth and Teens

Arthur, Timothy Shay - Advice to Young Ladies on Their Duties and Conduct in Life
Arthur-Timothy-Shay-Advice-to-Young-Ladies-on-Their-Duties-and-Conduct-in-Life-wlue777.gbk_.twm