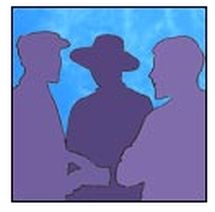 Orr A Neighborhood Awakening is a 17 chapter work akin to Bunyan’s Pilgrims Progress.

Orr A Neighborhood Awakening is a 17 chapter work akin to Bunyan’s Pilgrims Progress.

Table of Contents of A Neighborhood Awakening

Mr. Sumday—It is a very stormy morning to be out, but I was desirous to see you, Mr. Wright, and to tell you how much I wished you were out to hear the sermon our preacher preached yesterday morning.

Mr. Wright—Thank you. I heard a sermon yesterday morning that did me much good. As I was listening to it, I thought of you and wished ever so much that you could have heard it.

Mr. Wright—The sermon I heard was on the subject, “Present Salvation.”

Mr. Sumday—Our preacher’s text was Matthew 11:28-29. I have taken it down so I could tell you where it was.

Mr. Wright—The text that the preacher I heard preached from was Ephesians 2:5, which reads “Even when we were dead in sins, hath quickened us together with Christ (by grace ye are saved).” The preacher said that “quickened” means to make alive. It is not that the sinner shall be made alive at some future time, but “you hath he quickened”; “hath” signifies that the quickening has already been done. “By grace ye are saved”—not will be saved, but are saved.

If there is no present salvation, please explain that text to me.

Mr. Sumday—Oh, I do not profess to be able to explain all the texts in the Bible. I do not know just what the writer meant. I read a text in worship yesterday morning (we have worship every Sunday morning)—Luke 2:37, I believe, where the writer, speaking of Anna—the aged prophetess, said, “And she was a widow of about fourscore and four years.” Now I could not tell whether he meant that she was eighty-four years old or had been a widow for eighty-four years.

Mr. Wright—But, Mr. Sumday, can you not see the difference between those words and the words I read you? Now, if he had said in plain words that she was eighty-four years old, you would know that he did not mean she had been a widow for eighty-four years. And then when the apostle says, “Ye are saved,” we know he does not mean that you shall be saved after you get into heaven. But I am puzzled to know how your preacher managed to preach a future salvation from Matthew 11:28-30.

Mr. Sumday—He emphasized the “will” and “shall.” “I will give you rest.” “Ye shall find rest unto your soul.” We shall get that rest when we get to heaven. Now, Mr. Wright, you know as well as I do that we do not find rest in this life. Moses, in the trials, troubles, and weariness of life, looked away to the sweet, verdant fields of eternal glory saying, “There the wicked cease from troubling; and there the weary be at rest.”* That is such a comforting thought to me. I shall find rest over there.

Mr. Wright—I do not think it was Moses that used those words; it was Job at the time he was afflicted with boils from the sole of his feet to the crown of his head, when he was reviled by his wife and three neighbors. While he was in such circumstances as that, he looked away to that land where pain never comes and uttered those words. He was looking for deliverance from his bodily afflictions and not for rest to his soul.

Mr. Sumday—You can beat any man I ever met in explaining the Scriptures; you are sure to explain them in some way.

Christ said in the text your preacher used, “Come unto me… and I will give you rest.” We certainly are to understand from these words that He will give the rest at the very time that we come to Him.

Mr. Truman—I certainly would take those words to mean about the same as Mr. Wright has explained. If I should call to that boy yonder, and say, “Come to me, and I will give you my watch,” he would expect to get the watch when he came to me, not at some time after he died. When I shall come to Christ in the Bible way, I shall certainly expect to find rest to this sin-troubled soul of mine, and the Lord helping me, I shall come someday soon.

Mr. Wright—Amen. As surely as you do, you will find the rest that Christ promised.

Mr. Wright—Perhaps you gentlemen have not noticed this picture here on the wall. Oftentimes I sit looking at it for many minutes at a time and praise God for the blessed, calm soul-rest I have found in Christ. You see this part of the picture represents a stormy sea, with the wild, foaming waves dashing, the dark clouds overhanging, and the fierce lightnings flashing. There are some vessels being tossed about by the angry waves. It was so with my soul at one time. I was tossed madly about on a sin-troubled sea. “The wicked are like the troubled sea.”* And over there, you see a huge rock, towering high above the crest of the waves, against which they dash in vain. See, there is a cleft in the rock in which, you notice, are some tufts of grass, green shrubbery, and sweet blooming flowers. Amid the shrubbery and the flowers there sits a dove on her nest, quiet and undisturbed by the madly dashing waves below her.

Christ is the Rock that was cleft for me, and in that cleft my soul has found rest that the wild winds and waves of sin and the world cannot disturb. I love to sit looking at that picture and sing No. 422 in our songbook.

Mr. Truman—What song is that?

Mr. Wright—I’ll read you a stanza or two:
“In the clefted Rock I hide,
Savior, let me here abide;
Sheltered from each stormy gale,
All secure within the vale.
“When the surging billows roll,
There’s a calm within my soul;
While my trust in Thee is stayed,
I shall never be afraid.
“Rock of safety—blest abode,
Hid away with Christ in God;
Nothing can I want beside,
For my soul is satisfied.”*

Mr. Sumday—All very nice indeed, enough to make one think that heaven had come to us already; but you can’t get me excited on such fine sentiments. I do not believe in this sentimental, excitable, emotional religion. I am going through in my quiet way.

Mr. Truman—With all your “ups and downs,” troubles, weariness, and no soul rest, I should not think your way would be very quiet.

Mr. Wright—I admit that there is a wild excitable religion extant that is not commendable, but there is peace, joy, and soul rest in the pure, undefiled religion of Christ. I believe in a heartfelt religion. I do not want to quote you too many songs, lest you think me excitable, but I can scarcely refrain from quoting you a few lines of another old song:
“I believe in a heartfelt religion
That brings joy to the soul every day;
The assurance of sins all forgiven,
Through the blood they are all washed away.
“I believe in a holy religion,
For the saints of all ages have told
How it saved them from sin and its bondage,
When they heard the sweet story of old.”*

Mr. Sumday—If that were all true and lasting, it would be something worth while; but I know many who professed to have that excitable religion, and soon they were back in the world again. I am satisfied to go on with my people in our unexcitable way. There are many good people in our church, and I am sure if they keep on, they will get to heaven.
The rain has about ceased, I believe, and I shall go now, for I think we shall have more rain soon. But I shall come again soon, because there is one more text I want to give you to see if that will not convince you that I am right.

Mr. Wright—Do be sure to come again. Here is a book I should like for you to take along and read. Will you read it?

Mr. Sumday—What subject is it on?

Mr. Sumday—I do not think it will do me any good to read it, besides I would have no time left for reading it after reading the newspaper and our church paper.

Mr. Truman—Let me have it, if he will not take it. Is it published by the Gospel Trumpet Company?

Mr. Wright—Yes, sir; and is an excellent little work—very soul-stirring. I should like very much for Friend Sumday to read it. Maybe he will have more time by the time you have read it, Mr. Truman; then he can read it. I hope to see you both soon.

I cannot find any further information on Charles Orr. I would place him (guessing because I could not find any information about him) probably in the Deeper Life movement/Methodist/Nazarene. Usually, Nazarene authors show up in Nazarene Publishing Houses listings. But Orr seems to be missing as far as biographical information. But I would mention that his works are very sound holiness type works that are straightforward exhortations to live a holier life.

In general, from analyzing his topics of his books, I would say that he was in the Deeper life movement (a break off of the Anglican church under John Wesley, later others from him.) I have found his works in various places on the Internet and none of them know what he was or with whom he was associated either.

(included in the Module Articles by Charles Ebert Orr)