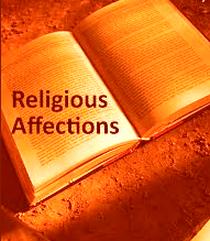 John Owen – Decay of Spiritual Affections is a 12 page sermon apparently from a larger book of sermons (starts on page 250+).

John Owen – Decay of Spiritual Affections is a 12 page sermon apparently from a larger book of sermons (starts on page 250+).

NO. 115. THE DECAY OF SPIRITUAL AFFECTIONS.

SOME there are, yea many, who upon the beginning of a profession of their conversion to God, have made a great appearance of vigorous, active spiritual affections : yea, it is so with most who are really converted.
In some, this vigour of spiritual affections is from the real power of grace, exerting its efficacy on their hearts. In others it is from other causes. The change that is made, be it what it will, is most striking, when it is wrought upon persons in their younger days; for then their spiritual affections, so far as they are connected with the natural powers, are most active, and bear the greatest sway in the soul. But many Christians, as they increase in age, and grow up in worldly wisdom and in the love of earthly things, and multiply secular cares, decay in their spiritual affections. They abide in their profession, but have “ lost their first love. ”

It is a shame and folly unutterable, that it should be so with any who make profession of that religion, wherein there are so many incomparable excellencies to endear and engage them to it more and more. But why should we hide what experience makes manifest, and what multitudes proclaim concerning themselves? I look upon it as a great evidence of life and growth in grace, when men, as they grow up m age, grow in an undervaluation of present things; in contempt of the world; and abound more in the duties of charity and love. As we have before said, usually, the entrances upon a religious life are attended with vigorous, active affections toward spiritual things. Of them who really and sincerely believed, it is said, that they rejoiced with joy unspeakable and full of glory. ” And of those who only had a work of conviction on them, that they received the word with joy, ” and did “ many things gladly. ”

(The code below takes a minute or two to load)

In this state many abide and thrive, until their affections are transformed into the image and likeness of things above. But with many it is not so : they fall into a woeful decay of their spiritual affections, and consequently, in their whole profession and conversation, their moisture is changed into the drought of summer. They have no experience of the life and actings of spiritual things within them, nor any comfort or refreshment, from them. They honour not the Gospel with any fruits of love, zeal, or delight; nor are they useful any way to others, by their example. Some of them have had seeming recoveries, and are yet again relapsed into a lifeless frame; warnings, afflictions, the word, have awakened them, but they are again fallen into a dead sleep; so that they seem to be “trees whose fruit withereth, without fruit, twice dead! plucked up by the roots. ” Owen Decay of Spiritual Affections

There may be a time of temptation, wherein a soul may apprehend in itself, not only decay, but an utter loss of all spiritual affections, when it is not so. As believers may judge, that the Lord hath forsaken and forgotten them, when he hath not; so they may, under temptations, apprehend that they have forsaken God, when it is not so. A man in the night may apprehend he has lost his way, and be in great distress, when he is in his proper road. Temptation brings darkness and amazement, and leads into mistakes and a false judgment in all things. They find not grace working in love, joy and delight, as formerly, nor that activity of heart and mind in holy duties, which spiritual affections once gave them. But yet it may be, the same grace works in godly sorrow by mourning, humiliation, and self abasement, no less effectually, nor less acceptably to God.

Again, there may be an apparent decay of spiritual affections, when there is no real decay. The same inward feelings may cease to produce the same outward symptoms and effects. This may be owing to age, to weakness, or infirmity. Men in their younger days are generally more ready to express their sorrow by tears, and their joy by sensible elevation of spirits, than in riper years. But here let it be remarked, that when decay is only apparent, it will ever be a burden to those in whom it is found. They cannot but mourn and have a godly jealousy over themselves, lest the decays they find, should not be in the outward, but in the… (see the theWord module for more).

John Owen (1616 – 24 August 1683) was an English Nonconformist church leader, theologian, and academic administrator at the University of Oxford. Brought up a Puritan, he became a non-conformist to the Church of England (Anglican). He was briefly a member of parliament for the University, sitting in the First Protectorate Parliament of 1654 to 1655.

He became pastor at Coggeshall in Essex. His adoption of Congregational principles did not affect his theological position, and in 1647 he again argued against Arminianism in The Death of Death in the Death of Christ, which drew him into long debate with Richard Baxter.

Taken from Wikipedia.org - John Owen (links are back to the original Wikipedia article)

As of 2007, the majority of Owen's voluminous works are still in print:

A number of popular and scholarly analyses of Owen's theology have been published recently, indicating the continued interest in and applicability of his insights. Examples include:

John Owen - Decay of Spiritual Affections is a 12 page sermon apparently from a larger book of sermons (starts on page 250+).