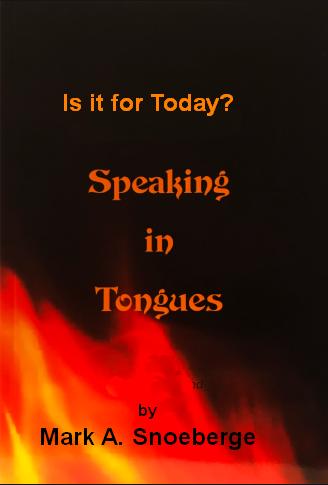 Snoeberge’s short work is a case for cessationism (whether the speaking in tongues as seen in Acts is for today’s church.)

Tongues are they for Today?

By Dr. Mark A. Snoeberge

Snoeberge’s short work is a case for cessationism (whether the speaking in tongues as seen in Acts is for today’s church.)

The following, then, is a brief case for cessationism. More narrowly, it is a brief case for the cessationism of tongues (though the basic principles in this article extend to other miraculous gifts). It begins by defining several key terms and establishing a historical setting, and then offers some objective, exegetical/theological reasons why the doctrine of cessationism should be maintained.

Table of Contents for Tongues are they for Today?

Snoeberge's short work is a case for cessationism (whether the speaking in tongues as seen in Acts is for today's church.)