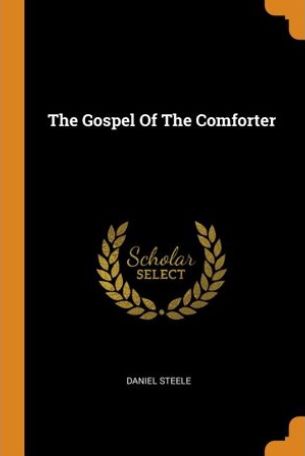 The gospel of the Comforter, by Daniel Steele 1897

Table of Contents of Steele Gospel of the Comforter

Sample Chapter II. The Holy Spirit and the Trinity

14 CHAPTER II. THE HOLY SPIRIT AND THE TRINITY.

THE doctrine of the personality and divinity of the Holy Spirit is intimately connected with the most mysterious yet most practical fact of revelation — the fundamental doctrine of the Trinity of God. It is mysterious because it is above reason, not contrary to it, and lies wholly in the realm of faith. It is practical because it is inseparably involved in all true Christian worship and is the mainspring of all effective evangelism. It is fundamental because its removal from the Christian system subverts every distinctive doctrine. It protects all such truths, especially the exceeding sinfulness of sin and the efficacy of the atonement. Unitarians have been accustomed to say that philosophy sustains their denial of the Trinity. This is a great mistake. The latest utterance of philosophic theism is that the Unitarian conception of Deity is utterly inadequate to preserve His personality and moral attributes from degenerating into naturalism and pantheism, and that the Trinitarian conception is the only effectual safeguard against such an outcome and the only rock on which reason can securely rest. I will briefly show you the logic of this movement of modern philosophy towards Trinitarianism. The advance movement of thought in this century, far from
15 expelling the Trinity from its place in the mind of Christendom, has caused it to strike deeper root and grow with fresh vigor. This is the argument in a nutshell: Love, the basis of all God’s moral attributes, cannot exist in that simplicity, that abstract self identity of the divine nature which is the essence of the Unitarian conception. Why? If God existed from eternity before He created a person on whom His love could pour itself, He was from eternity having the active, diffusive principle of love in His bosom, the very substance and substratum of His being, with no object to love. This is unthinkable! Eternal love without a personal object! Hence philosophy must either deny the existence of love in God, together with all its manifestations in the forms of holiness, justice, wisdom and truth, or supply such an object from eternity. This first alternative divests God of all His moral attributes and takes us more than half way to atheism. The first verse of St. John’s Gospel supplies an object of the Father’s love before His first creative act: “In the beginning [from eternity] was [not was created] the Logos, and the Logos was with God [face to face is the idea in the Greek], and the Logos was God.” This Logos became flesh, and while tabernacling in humanity had a memory which went back beyond the creation of the universe to “the glory which he had with the Father before the world was.” In these words of unsurpassed majesty, which no creature ever dared to use, we have an enlargement and enrichment of the concept of Deity in striking contrast with what Phillips Brooks called “the meagre God of Unitarianism,” a simple, abstract unity, a mere

16 cause or primal force. Hence the necessity of at least a dualism of persons in the divine nature to sustain the completeness of the divine life and character. The New Testament reveals such a dualism and adds the Third Person as essential to the perfection of full-orbed divinity. Hence we see that the Trinity is not a doctrine which has been arbitrarily imposed upon faith by external authority overriding reason, but it is one which accords with reason, after it is revealed, and explains and supports Christian experience. Every evangelical believer who through faith in Christ by the illumination and impulse of the Holy Spirit has had conscious access to the Father resulting in forgiveness and communion, has tested the doctrine of the Trinity and found it true. Its deniers must reckon with the best philosophy representing the demands of the highest intelligence; then they must convince of their stupendous delusion the millions who have through faith in the divine Christ experienced the witness of the Spirit attesting their adoption and assuring them of forgiveness. But every growing Christian verifies the truth of the Trinity every day of his life. He comes to the Father through the mediation of the Son and receives the Holy Spirit as the comforter, helper, guide, light, life and wellspring of joy, just as every astronomer proves the truth of the Copernican theory of the solar system by using it and arriving at results experimentally verified by the use of his telescope. “Through him [Christ] we [Jews and Gentiles] both have our access in one Spirit unto the Father” (Eph.2:18). The best statement of the Scriptures about God is

17 that He is one in nature with a threefoldness which we call personality, that He has a Son who is not a creature, whose existence is grounded not in the divine will, as our existence is, but His being is grounded in the divine nature so that He has all the attributes of God. His sonship dates not from His human birth but from eternity, being the I AM before Abraham was born (John 8:58, Revised Version, margin). The Spirit proceeds from the Father and the Son, having their nature; the Father is self-existent. The Son’s being is grounded in the Father, and the Spirit’s existence rests on the Father and the Son from whom He proceeds. The Trinity, dimly disclosed in the Old Testament, is clearly revealed in the New Testament after Pentecost, when the Third Person came with power as the successor of the Son in the administration of the kingdom of God on the earth. The succession, which is indicated by the words Father, Son and Holy Ghost, is a philosophical progress and culmination. God reveals Himself to all men in His Son; He communicates Himself in the Holy Spirit to all who believe in the Son; He reveals Himself to man’s intellect that through it He may transform the heart and make it a partaker of the divine nature, not divine as He is divine, but holy as He is holy. This succession also intimates the order of the dispensations unfolded on the earth. We have every reason to believe that the dispensation of the Spirit is the last and most glorious era of Christianity on the earth, that the second coming of Christ will be to judge the world and wind up human history on this planet, and not to inaugurate the dispensation of Christ’s

18 bodily presence again with its limitations to one place at the same time. We do not believe that the order of progress is to be reversed after reaching its climax in the dispensation of the Paraclete, who is to abide with believers forever. It is certain that faith in an invisible personality is a higher exercise and more blessed than faith in a visible manifestation. This is. hinted at by the risen Christ to Thomas, “Because thou hast seen me, thou hast believed: blessed are they that have not seen and yet have believed.” We are living in the best era for spiritual development which this world will ever see — the era of Pentecost. Let us make the best possible use of it and profit by its wonderful privileges, the indwelling Comforter bringing the Father and the Son to abide in us forever. Just note the gradation of honor in respect to the dwelling of God among men: 1st. One nation was specially honored when Jehovah made His dwelling in the midst of the camp and the pillar of cloud and of fire betokened the presence of the King of kings and the Lord of lords. 2d. God selects one human body and soul for His abode; for in Jesus dwelt all the fulness of the Godhead bodily. And, lastly, we reach the climax, the whole Trinity dwelling in every true believer who evinces perfect love by unhesitating obedience. This eclipses all the millennial glories this side of the glassy sea, the new heaven and new earth. Hence the reasonableness of our conclusion that the descent of the Holy Ghost is the completion of Christian theology, and His indwelling in the believer is the crowning honor and blessedness. “In the person of Christ,” says Joseph Parker, “truth was outward,

19 visible and most beautiful; in the person of the Holy Spirit truth is inward, spiritual, all-transfiguring. By the very necessity of the case the bodily Christ could be but a passing figure, but by a gracious mystery He caused Himself to be succeeded by an eternal Presence, •’ even the Spirit of truth, which abideth forever.’

Help Page: Clarification on the central Focus of the Holy Spirit
Steele-Gospel of the Comforter
Steele-Gospel-of-the-Comforter.gbk_.twm
Version: 1