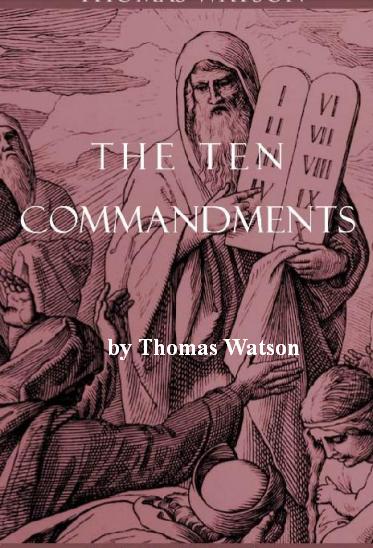 Exposition of the Ten Commandments

Table of Contents of Exposition of the Ten Commandments by Watson

He was educated at Emmanuel College, Cambridge,[1] where he was noted for remarkably intense study. In 1646 he commenced a sixteen-year pastorate at St. Stephen's, Walbrook. He showed strong Presbyterian views during the civil war, with, however, an attachment to the king, and in 1651 he was imprisoned briefly with some other ministers for his share in Christopher Love's plot to recall Charles II of England. He was released on 30 June 1652, and was formally reinstated as vicar of St. Stephen's Walbrook. He obtained great fame and popularity as a preacher until the Restoration, when he was ejected for Nonconformity. Notwithstanding the rigor of the acts against dissenters, Watson continued to exercise his ministry privately as he found opportunity. Upon the Declaration of Indulgence in 1672 he obtained a licence to preach at the great hall in Crosby House. After preaching there for several years, his health gave way, and he retired to Barnston, Essex, where he died suddenly while praying in secret. He was buried on 28 July 1686.[1]

Watson still has numerous titles available in print. His works include:

All Things for Good (originally published as A Divine Cordial)
The Godly Man's Picture
The Ten Commandments
The Doctrine of Repentance
Sermons of Thomas Watson (a compilation)
A Plea for the Godly: And Other Sermons
The Duty of Self-Denial: (And 10 Other Sermons)
The Fight of Faith Crowned: The Remaining Sermons of Thomas Watson
The Beatitudes
The Lord's Prayer
The Lord's Supper
The Art of Divine Contentment
Jerusalem's Glory: A Puritan's View of the Church
Heaven Taken by Storm: Showing the Holy Violence a Christian Is to Put Forth in the Pursuit After Glory
The Mischief of Sin
A Body of Divinity: Contained in Sermons upon the Westminster Assembly's Catechism
Gleanings from Thomas Watson (a compilation)
Harmless as Doves: A Puritan's view of the Christian Life