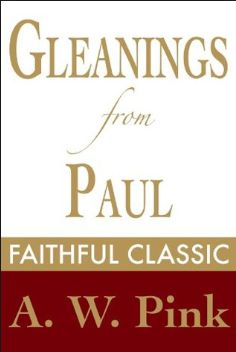 Gleanings from Paul by Arthur Pink (Reformed Baptist) is a work of 33 chapters on Prayer from the Apostle Paul’s writings.

Gleanings from Paul
By Arthur Pink

Gleanings from Paul by Arthur Pink (Reformed Baptist) is a work of 33 chapters on Prayer from the Apostle Paul’s writings.

Table of Contents from Gleanings from Paul