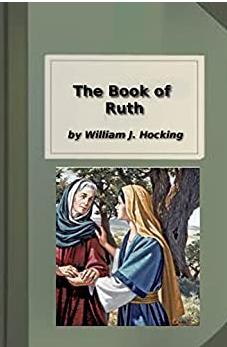 In Hocking Studies in the Book of Ruth he examines event and peak moments in the history of the life of Ruth.

In Hocking Studies in the Book of Ruth he examines event and peak moments in the history of the life of Ruth, women of faith.

Contents of Hocking- Studies in the Book of Ruth CMT

Introductory
Part A. Bethlehem forsaken for Moab
Part B. Back to Bethlehem
Part C. Ruth the Stranger in the Fields of Boaz
Part D. Ruth the Suppliant at the Feet of Boaz

In Hocking Studies in the Book of Ruth he examines event and peak moments in the history of the life of Ruth, women of faith.