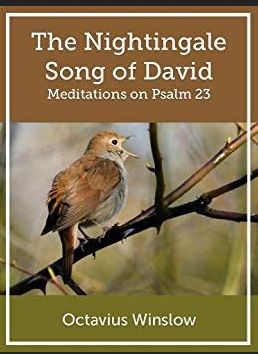 The Nightingale Song of David is a devotional and Exposition of Psalm 23.

The Nightingale Song of David is a devotional and Exposition based on Psalm 23.

THE NIGHTINGALE SONG OF DAVID
by Octavius Winslow, 1876

The Nightingale Song of David is a devotional and Exposition based on Psalm 23.

Contents of The Nightingale Song of David